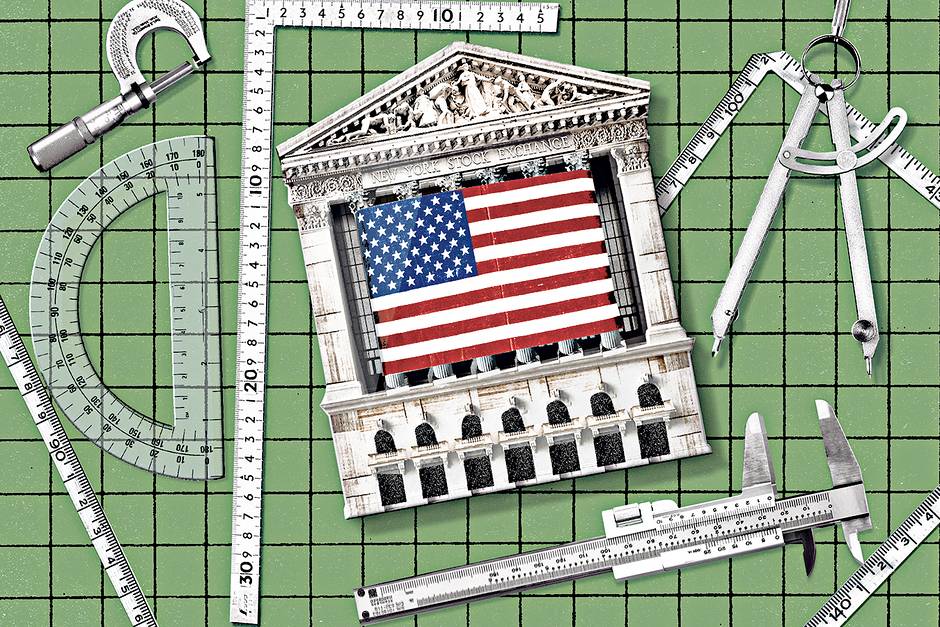 Financial planning professionals often hear people confess, sometimes in embarrassment, that they don’t really understand investing or the markets. The investing part is pretty simple: you put together a thrifty portfolio (meaning low annual internal expenses) with a mix of U.S. and international stocks and bonds, leavened perhaps with real estate or gold. The precise mixture is often less important than a steady hand at the tiller, which means not doing a lot of trading or making a lot of changes.

The markets, however, are a different animal; in fact, it is fair to say that nobody understands the markets, in the sense of knowing why they move (or have moved) up and down in the short term, or when they will. Nobody.

Why is that? The problem with predicting market movements in any time frame under 10 years is that there is a heavy dose of sentiment behind the dynamics. You can think of it as mass psychology. Tens of thousands of stock owners wake up in the morning and either feel anxious or confident, which means they are prone to selling or buying. Professional investors, of course, are holding tight, but there are a lot of individual investors, especially now in the age of Robinhood, who are trying to figure out whether the markets are about to go up or down this week. Add to that the brokerage traders who stare at six or eight different video screens, trying to determine how those individual investors are feeling this morning, and then adding their buy or sell orders—which amplify the psychology of the moment.

You can see these things play out in real time. To take a totally hypothetical example, suppose one morning a slight majority of investors suddenly decide that the pandemic they were hearing about in China has arrived on U.S. shores, is not contained, and might be a bigger threat than they realized. This might force companies to allow their people to work from home, and how efficient can that be?

Best to move to the sidelines. Traders notice the trend, amplify it, and the market goes down a percent or two.

The next morning, a slightly bigger majority of investors (maybe 54% as opposed to 52%) notices that the market has gone down AND realizes that the pandemic might be bad for business. They log into their brokerage account, traders notice a sell pattern, and move accordingly. A few more sessions, and suddenly there’s a rush for the exits that has nothing to do with the underlying fundamentals of global businesses.

Until one day a slight majority of investors notices that companies are actually coping pretty well with having workers do their jobs at the kitchen table. Who imagined that? They see that stocks are on sale, cross their fingers and add to their holdings. Traders notice that the sentiment has shifted and start buying again. The markets recover, and a lot of individual investors, still on the sidelines, rue the day that they participated in the sell psychology. Now stocks are higher than when they sold. Belatedly, they get back in, and the market recovery is sustained.

In retrospect, it seems obvious that the downturn was just a blip on the long-term uptrend. But these things are never obvious at the time. Never. If you are embarrassed to say that you don’t understand the markets, don’t worry; you have plenty of company. As in: the rest of the world.

But don’t some investors do better than others? Of course they do, but this can largely be explained by the law of averages. Yes, there are asset managers who do a lot of research into individual companies and draw astute conclusions from data sets and calculations that would numb the minds of the average investor. But it’s helpful to remember that they are all using exactly the same data (the Securities and Exchange Commission expressly forbids companies from giving out preferential information; it’s called ‘insider trading’), and many are doing the same kind of analysis. These are the people who set the market prices, long-term, and there is seldom a wide difference of opinion, among the experts, about the fair price to pay for any individual stock.

So you are left with luck as an explanatory factor—if you could call it that. To see how hard it is to separate out the luck factor in someone’s investing track record, imagine a contest where 10,000 professional investors are engaged in a coin flipping contest: a contest to see who can flip the most heads in a row. In the first round, simply by the law of averages, 5,000 (more or less) contestants will flip tails and be eliminated. The next round, 2,500 (or so) others are disqualified. Next flip: 1,250 contestants are left, then 625, then 312, then 156, and finally, at the end of the 7th flip of the coin, only 78 contestants are still standing.

At this point the press starts to take note. Who are these people who were capable of flipping seven heads in a row? What’s their secret?

The next round, 39 contestants are still in the game, and then 20, and then 10, 5, 2 and ultimately, purely by the law of averages, one person will have managed to flip 13 heads in a row. If this person were a mutual fund manager, he or she would be inundated by fawning interviews from the consumer press, and millions of investors would be flocking to his or her fund, abandoning all those losers who dropped out of the contest long ago. And remember, there is no trace of skill, whatsoever, involved in this contest.

The point of all this is that there are no experts in what the market is going to do in the next day, week, month or year—and you and I and everyone else can stop feeling embarrassed that we don’t understand market dynamics well enough to take advantage of superior knowledge. What we DO know is that every day, all over the country, all over the world, millions of workers put their best efforts into adding value to their respective companies, incrementally, a day at a time, making the stocks in our portfolios a bit more valuable than they were the day before. This seems like a very slow process, and it is. But when you look at the result, investing in stocks, patiently and without trying to figure out what the markets will do in the short term, has been remarkably rewarding. Right around this date in 1987, the Dow Jones Industrial average—basically, a small handful of prominent stocks—was valued at $851. An investor who held onto those stocks until 1995 would have seen that value grow to $4,000. Most recently, the value is up to around $35,000.

The average return on stocks since 1957 has been just over 10% a year, and if you go back to 1926, you get roughly the same number. Over the last 50 years, the markets have been up on 53.7% of all trading days. Since the end of the Great Depression, from 1941 onward, there have been only two rolling 10-year investment time frames when the S&P 500 index showed a (very slight) negative return, and hundreds where the returns were positive.

We may not be able to predict what will happen tomorrow, but there’s a very solid chance that the next ten years will reward the patient investor. THAT is literally all we know about the markets.

Want to talk about your accounts in this current climate? Contact us to schedule a time to chat.